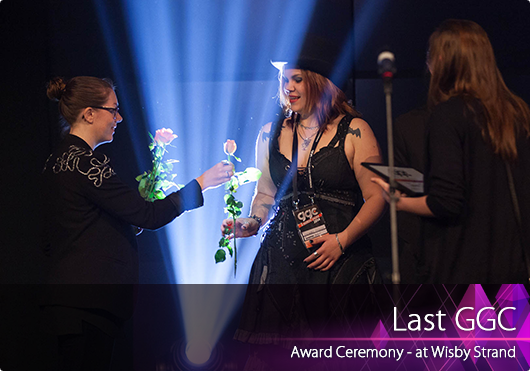 It’s hypocritical to fight for free speech and then have nothing to say.”, said Ian Bogost at the Game Developers Conference 2013.

Looking out over a sea of low brow, mass market, AAA titles, or an ocean of band-wagon jumping, time waster mobile titles, it is easy to see where Bogost was coming from.

“But we’re a young medium,” is the standard cry, ignoring the fact that Cinema had, in the same time frame, given us “Battleship Potemkin,” “Metropolis,” “Nosferatu,” “Steamboat Willie” and “All Quiet on the Western Front.”

By the time the next Tomb Raider is out, we will have also had “Snow White and the Seven Dwarfs.”

This year, Gotland Game Conference will find the voices that Bogost was missing.

We will look at games that have tried to say something, examine what was said – and who said it, as well as examine the myriad voices that games can have – from serious, to social, to introspective – and look at how effective they can be at touching us.

We will look at Interaction, and the unique challenge it brings to an entertainment medium. For the first time, the audience is required to participate in the telling of the story. What does interactivity do to Western Narratives?

We will look at that it means to express through games; to use the medium to convey thoughts and questions, or to reflect on problems – in ways that are not lost or made problematic by the gaming itself.