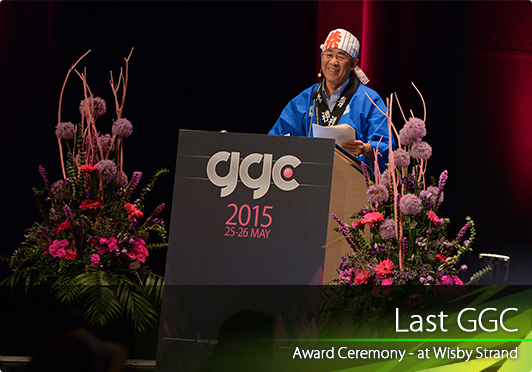 Fifteen years ago, the Gotland Art and Media Education – GAME for short – opened the doors to Sweden’s first higher game education. There was no template, there was little support and much doubt. Being first meant that we got to set the agenda, and our goals were ambitious, unrealistic and borderline insane. A game education built and run by architects, artists, journalists? On an island? In the middle of the Baltic?

The central tenet in these early days, was the belief that games had more to offer society. That we were all in gutter, but it was time to raise our eyes and look at the stars. An education; a formal and critical training in the medium; an intention to produce more than entertainers, more than meat for the industry grist.

Change was inevitable, frequent and ground-breaking. Through the first decade-point-five of our education we have seen powerful trends emerge – both technological, cultural and political. The technological evolution is obvious, and has led to a democratization of the medium by lowering the barriers of entry. Today we have more diverse games made by more diverse people and reaching a wider, more mature, audience than ever before. An industry born from tech-centered bedroom hackers has been loosened up and room has been made for a much richer demography of developers and players. It is our firm belief that the vanguard of future games production lies closer to the “tumblr generation” than it does the self-referential AAA conglomerates obsessed with “summer blockbuster” releases.

We’ve already announced our birthday present to ourselves: 3 new international degree programs, and a pure Game Design degree. These programs have been built with the wisdom accrued from 15 years in the trenches, but still with the same, wild at heart, belief: games can be complex bearers of ideas. We owe it to ourselves and our audience, to learn all we can about expressing ourselves well in this medium.

This conference is the embodiment of the spirit of GAME: Energetic, enthusiastic, a bit rough at the edges and pushing boundaries.

We’re going to bring in people who we see working with the same wide view as our education and have them talk about their work. We’ll be focusing on all aspects of games: from AAA to independent, to the act of design, to games in academia. We’re even hoping to get a policy maker to see how games are being used in everyday life.

And we want everyone to join in this celebration. If you’re a current student, a prospective student, parent, industry, academia or just curious about what we’re doing on the island, we’d love to meet you, and have you meet our students.

We would promise you cake, but we don’t want to lie.