The Swedish Game Awards is the nation’s largest video game development competition, pitting all Swedish game educations against each other. It has been held annually since 2002 and is organized by a student-driven, non-profit association. They just announced that the 2017 finale will be held in Visby – just a few days after the Gotland Game Conference!

Ergo, you might want to adjust your travel schedule to allow for a few more days in this medieval town of ours. 🙂 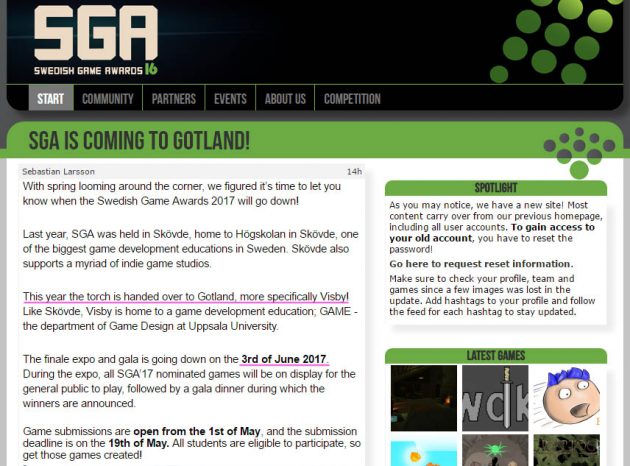 The Wikipedia page is a good source of information for the SGA, including the competition categories and winners from previous years. We will of course shamelessly point out that our students generally fare very well; last year Gotland took home Best Diversity Effort, Best Execution in Design, Best Technical Execution and Best Execution in Narrative. Head on over at our less-official department blog for a full list of all SGA-awards earned by our students.

« Earn a free conference pass! | Which talk should we pick? »