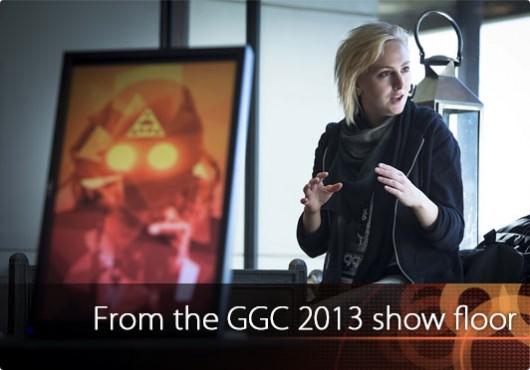 From the show floor of last years Gotland Game Conference

We are at the start of a new console cycle – promising more of the same, but bigger, and with shinier graphics. The future on offer is one in which everything changes, so long as everything stays the same. We’ll have Oculus Rift, but only to further immerse ourselves in the same franchise crap.

Moores law and new algorithms brings greater and greater speed boosts every hardware generation, but, “innovation” defined as moving the pieces around and adding more processing power is not some Big Idea that will disrupt a status quo: that is, precisely, the status quo.

Bracketing games into being about just technology, or just entertainment, actually prevents transformation. Nothing truly interesting will come from flinging ever-angrier birds around. We want to stop glorifying the incremental improvements, the easy gains, and start working through the hard stuff – we need to think about what we are using all this power for. We need to explore real disruption. What can games do? What can games say?

GGC 2014 takes this opportunity to look at games that have broken out of the pixelated entertainment ghetto and romped across mainstream culture. We will look at game systems stretching beyond livingroom escapism, and think big as to what the future of gaming could hold.

Join us in Sweden – 29-30 May – to find out how game designers can change world!