Games: What are they good for?

Entertainment, learning, activism, empathy, capitalist indoctrination, sex. Did I get your attention with that last one? These are just a small set of things that games are good for. In this talk we will show some of them, play some of them, and speculate about the ways in which games and game makers can influence how we understand and act in the world. 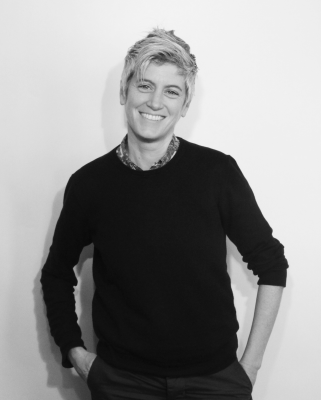 Colleen Macklin is a game designer, an Associate Professor in the school of Art, Media and Technology at Parsons The New School for Design and founder and co-director of PETLab (Prototyping Education and Technology Lab), a lab that develops games for experimental learning and social engagement. PETLab projects include disaster preparedness games and sports with the Red Cross, the urban activist game Re:Activism and the physical/fiscal sport Budgetball. PETLab has also published game design curricula for the Boys & Girls Club. She is a member of the game design collective Local No. 12, best known for their social card game, the Metagame. Her work has been shown at Come Out and Play, UCLA Art|Sci Center, The Whitney Museum for American Art and Creative Time.