Girls Just Want To Have Fun

The female audience currently makes up half of the market for games, and are clearly willing to spend their time and money on your products. This is not recognized by most studios today, as there are design decisions being made that are not inviting to women.

Lifting forward the female audience helps us create games from a different perspective so that we avoid excluding anyone. Another important factor is having women in your studio to create games, as we need to reflect our culture at large. We want to challenge the current patterns in the industry, both when it comes to the games traditionally directed towards young males, and the ones being directed towards women.

We will discuss a variety of issues ranging from the lack of female protagonists in games to what happens when women speak up about problems they face. We will also bring up the different attitudes that are currently taking place in the gamer community, whether it be uncomfortable messages sent to your inbox, or the territorial threat of non­hardcore gamers. Change is difficult, but the game industry has the potential to become a leading actor when it comes to respecting people, regardless of age or gender.

Sara Lempiäinen works with discovering and analysing how to design games out of the user’s perspective. This includes communicating daily with young women, whether they be experienced gamers or have recently started forming an interest for games. She is also hosting creative game design workshops for teenage girls in the Stockholm area, and wants to influence more women to step into the gaming industry.

Tobias Sjögren works at Stardoll , the largest community for teenage girls in the world with over 235 million registered users. Tobias joined the games industry 1996 and has since worked with everything from well known AAA games to mobile, XBLA/PSN and free to play games. He was the Studio Manager of DICE during the period Battlefield 1942 released and had worked with many studios around the world as an agent helping game developers to sign deals with publishers.

Apart from developing mobile games and apps, Stardoll operates Stardoll.com, a social gaming experience for young women from around the world. Stardoll.com is available in 31 languages with over 200 million user accounts, making it the largest teen community site in the world!

The company is characterized by a strong entrepreneurial sense and offers great opportunities for personal development in a creative environment. A truly international company with over 20 nationalities represented in the Stockholm office alone. 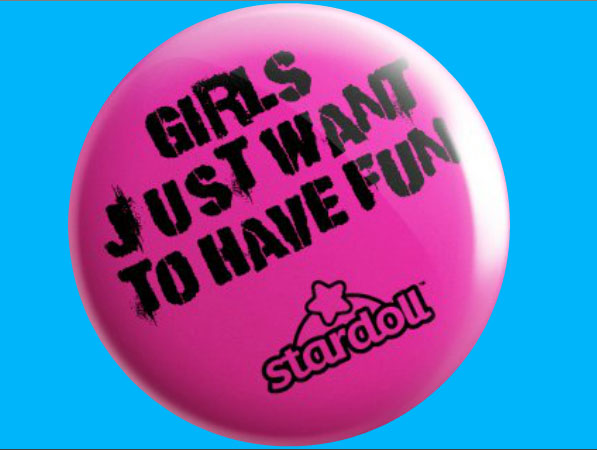